Menu
Find out the latest information on how we are managing Coronavirus within Cheshire Scouting. Coronavirus Update

After an extensive search and selection process, we are proud to announce the eight leaders that will take our two units to South Korea in 2023! 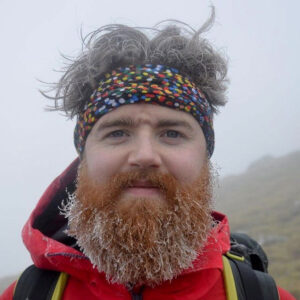 Oliver is the District Commissioner for Mersey Weaver – a role he’s held since 2018. Having been a Beaver, Cub, Scout and Explorer in his youth, Oli’s journey as an adult volunteer with The Scouts began in 2014 when he accepted the Scout Section Leader role for 4th Frodsham after moving back to the area and being invited to a group BBQ!

Oliver reflects on his roles as a leader: “Scouting very quickly (once again) became a very important aspect of my life as I saw the impact first-hand we can all have on shaping young people’s lives. It has given me a strong set of values and taught me empathy, equipped me with the courage to step out into the unknown, take calculated risks, a penchant to try new things as well as my love for the outdoors.

“I’ve been extremely lucky to have had so many amazing experiences through Scouts and in the short time I have been involved as an adult volunteer, have had all sorts of adventures both in the UK as well as abroad, meeting some amazing people (both young and old) along the way.

“I believe in offering every young person, no matter their background or circumstances all that The Scouts has to offer and I am so proud to scout in Cheshire where there is a such a rich heritage of high-quality programming for us all to build on.”

Oli’s international experience includes leading a contingent of young people to the northernmost Jamboree “Nord 2017” in Norway, serving as IST at the World Scout Moot in Iceland in 2017 and most recently as a Deputy Unit Leader to the 24th World Scout Jamboree in 2019.

Abi is, very proudly, originally from Huddersfield, West Yorkshire where, as a young girl was in the Girl Guides.  She moved to Cheshire in 2005, became a Mum in 2008 and in 2014 she became a parent helper with 7th South West Cheshire in Nantwich when her daughter joined Beavers. She soon progressed to Assistant Leader with Cubs and Scouts and is now Scout Leader for the Group. Abi also volunteers at the Scout Shop in Crewe and is Marketing Manager for Crewe Gang Show.

In 2019 Abi was selected as part of the South West Cheshire European Jamboree Leadership Team, helping to lead the group and plan the trip. She found the journey very rewarding seeing the young people grow and develop.

At weekends, you will often find Abi at Triathlons around the country as part of the race crew, and actively encourages volunteers from Scouting to join the marshal team as a way to fundraise for their groups.

When not scouting or at a triathlon, Abi works full time as a Marketing Executive, enjoys spending time with family and friends and is never too far away from a mug of tea!! 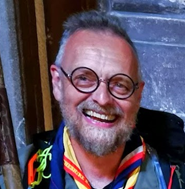 Simon began Scouting at the age of eight and as both a cub and scout was a member of the Tamworth Gang Show in Staffordshire. He is Scout Leader for 26th South West Cheshire in Willaston, Nantwich and has been a director for the Crewe Gang show for a decade. He is currently also the Sketch Director for the national Gang Show 90, being staged at the Hammersmith Apollo in 2022. He is a dedicated walker and a trained Duke of Edinburgh’s Award Manager.

Beyond Scouting, Simon works as a Professor of Theatre at Liverpool John Moores University. He has written and performed theatre in the UK, Europe, US, Russia, and Armenia and played himself in the penultimate episode of This is England ’90. He is broadly published and is currently writing about endurance walking and historical pilgrimage. In his own time Simon illustrates for books and album covers and has just completed walking the Saxon Two Saints Way running through Cheshire and Staffordshire.

Stephen, from Ellesmere Port and Neston District, has been involved in Scouting since he joined Beavers at the age of six. He worked his way through the sections, completing six Cheshire Hikes on the way and culminating with the completion of his Queen’s Scout Award in 2014. Stephen has been an active part of the leadership team at 1st Burton-in-Wirral Scout Group since he started his Duke of Edinburgh’s awards, and became Cub Scout Leader in September 2019 when he returned to the area following academic studies.
Outside Scouting, Stephen is a school languages teacher, teaching Spanish, French and German. He has been volunteering locally at COVID vaccination clinics and enjoys doing pub quizzes with friends. 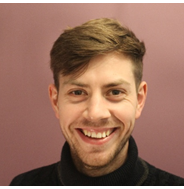 Michael has been a member of The Scouts since 1997, when he joined his local Beaver Colony. He holds roles both locally, currently a Trustee for Cheshire Scouts, a Group Scout Leader, and nationally, as a member of the Awards Advisory Committee. He has also been a Cub Leader and ADC Cubs, as well as supporting higher awards as Greater Manchester West’s Queen’s Scout Award Coordinator.
Michael has extensive international experience both in Scouts and through his work, running trips all over the world.   Professionally, Michael works at Manchester Grammar School as the Duke of Edinburgh Award Manager and Assistant Head for Partnerships, Outreach and Service. Michael is a Mountain Leader and enjoys hill-walking, mountaineering trekking and climbing.  Outside of Scouting, Michael serves as a Magistrate in Greater Manchester, is a Governor of an Independent Special School and is Chair of Proud and Loud Arts, a disability arts charity.

Chris is the Scout Section Leader at 30th Warrington West, where he has been a leader for nine years, having previously been a cub at 2nd Cheadle (Greater Manchester) and a scout at 2nd Cheadle, 1st Kimbolton and 2nd Oundle.
On his international experience, Chris says, “In my time as a scout and a Scout Leader, I’ve camped in Zandvoort (Holland) 1978, Lillesand (Norway), 2016, inside the Arctic Circle in Bodo (Norway), 2017 and as part of the IST at the 24th World Scout Jamboree in West Virginia (USA), 2019.”
As part of the Scottish Scouts Zodiac and Welsh Scouts Dragon Awards, Chris has camped outdoors at least one night every month for the last eight years and in this time has helped 46 scouts gain their Bronze Zodiac, 32 their Silver Zodiac and 28 their Gold Zodiac. This equates to a combined total of over 1000 nights away.
Professionally Chris is a Civil Engineer who currently works as an Operations Manager for an Engineering Design Company. Away from Scouts, Chris plays tennis in the Warrington Tennis League and enjoys hiking with many like-minded friends.

Emily’s enthusiasm for adventure has led her to ski in the arctic circle at -40C, sleep under the stars in the snow, and lately she has been making plans to obtain her skydiving licence. This thrill-seeking frame of mind and excitable attitude is something she hopes to encourage in her scouts whilst in South Korea. 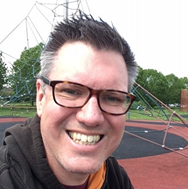 Tom has lived in Chester with his wee family and two dogs since 2006 when he moved from Scotland.  He works as a community nurse in Liverpool and Merseyside caring for patients requiring nutritional support across the area.

In his spare time he loves to spend time with his family and friends, walking, painting miniatures and playing tabletop games and Dungeons & Dragons.

Tom has moved through Scouting as a Youngster gaining his Chief Scout’s award in 1994.  He has been a Cub Scout Leader for the past 7 1/2 years within Chester and is currently a member of the 48th Chester Scout group.  Tom also likes cake!

Please join us in congratulating our unit leadership teams. We look forward to hearing their progress over the next 22 months, as they prepare the 72 young people for their adventures in South Korea.

‘Put your phone down and what are you left with? Just teamwork, courage and the skills to succeed.’